BOD Australia Limited (ASX: BDA) has announced its first purchase order for CBD products for the US market.

This is an enormous milestone, with BDA now breaking into the world’s largest market for cannabis products.

Notably, this purchase order is the first of multiple binding POs expected in the coming months.

We invested because we liked:

Today’s order is the first of several binding orders expected in the next few months which will improve BDA’s revenue growth further, as it begins to increase its US footprint and become cash flow positive in the year ahead.

BDA’s CBD and hemp oil preparation last year received a self-affirmed Generally Recognised as Safe (GRAS) status in accordance with the stringent US Food and Drug Administration (FDA) safety guidelines. This means BDA’s products are safe for use in a wide range of food supplement and beverage applications.

We think BDA remains a relatively overlooked stock compared to other ASX medical cannabis stocks, but with its entry into the US that could be about to change.

Growth could be further fuelled by the anticipated regulatory changes in the US stemming from Joe Biden’s election and Democratic Senate control, which paves the way for the Safe Banking Act and MORE Act to progress - this could be huge for the industry.

As such, establishing and growing its footprint in the US, could give BDA a considerable slice of this market.

Out of all of the medicinal cannabis stocks trading on the ASX, we were drawn to BDA for the following reasons:

Today’s announcement means its US roll-out is now well and truly underway, with its CB2 brand (which H&H launched in the UK in January 2020) now available for purchase.

BDA has sufficient capital to meet manufacturing demands for additional orders anticipated in the coming months from the US, Europe and US markets.

We think its entry into the US market could mark the start of a significant share price rerating given the size of the market.

BDA will manufacture three full-spectrum CBD oil products for the $1.8BN US market, which is expected to be four times bigger than the UK market.

These products will be the first of a large range, to be launched during the June half under premium CBD brand CBII.

Growth in the US is being assisted by a positive regulatory environment and a better understanding by medical professionals of the benefits of medicinal cannabis.

We invested in BDA with a multi-year time horizon.

In 2021, so far we have initiated coverage on the following companies:

We think BDA is going to build from a stable base, and continue to deliver on its financial performance, noting that BDA has already achieved record medicinal cannabis sales growth during the March quarter, filling 3789 MediCabilisTM prescriptions – a 61% increase on the previous quarter. 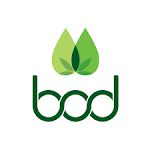