Overview: Peninsular Energy Ltd ("PEN", "the Company") is an Australian minerals company focused on uranium with operations in the USA and Sth Africa. Its most advanced asset is the Lance ISR Project in Wyoming, USA. Resources of 51 Million tonnes (Mt) grading 476ppm U3O8, classified as Measured, Indicated, and Inferred, have been delineated at the Lance ISR Project. After completing a Feasibility Study in 2012, and subsequent Optimisation Studies in 2013-14, the Lance ISR Project commenced uranium production in late 2015.

Catalysts: PEN is positioned to benefit from a structural recovery in uranium markets. The Company has demonstrated its ability to deliver the premium-priced products in a suppressed market and has the financial support of existing institutional shareholders whilst operating conditions remain challenging. Planned Stage 2 and 3 expansions of the Lance ISR Project can increase production over 4x from current levels and over 80% of its resource base remains uncontracted.

Hurdles: There is no guarantee existing resources at the Lance ISR Project can be converted into reserves or economically extracted. Current operations have yet to reach cash flow positive territory, leaving PEN reliant on external capital. There is no guarantee further funding will be available to sustain operations or deliver planned production expansions. Uranium spot and term contract prices are presently significantly below PEN’s sales contracts and further market weakness may impair the Company’s ability to sustain these premiums.

Investment View: PEN offers speculative exposure to the uranium mining industry. We are attracted to the Company's established, expandable production profile and the strength of its share register. PEN is well-positioned to benefit from potential structural changes in global uranium markets as the world’s largest producer flags a strategic shift away from spot market sales. Amid a limited universe of investible producer stage securities, we initiate coverage with a ‘speculative buy‘. 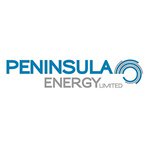