Overview: Grange Resources Limited ("Grange", the Group") is the largest integrated iron ore pellet producer in Australia. It owns and operates the Savage River magnetite iron ore mine in north-west Tasmania and the associated pellet plant and port facility on the State’s north-west coast. The initial capex for Grange’s 70:30 JV project, Southdown Magnetite, estimated at $2.89b with its operating costs estimated at $58.5/T (April’12). During FY13, the Company completed the relocation of its corporate headquarters from Perth to Tasmania.

Catalysts: Grange posted the highest ever iron ore quarterly production of 0.62MT in 4Q13 (4Q12:0.44MT) followed by management guidance of 2.3MT in FY14. Retrieving access to North pit premium-grade ore in 3Q13 led to improved average price realizations of US$149.4/T in 4Q13 (4Q12: US$123.84/T). The advanced phase Southdown Project can add up to 6.6MT p.a., and induction of an equity partner is expected to drive growth. The recently announced 107MT resources at Long Plains and focus on mining development at multiple locations indicate cumulative resources of ~340MT securing Savage River mine life extension to 2030 and beyond.

Investment View: The trend for iron-ore and pellet premiums is likely to continue in FY14 due to an upsurge in demand for high-grade ore on the back of Chinese government regulatory compulsions. We are attracted to management’s rich background in the mining industry, Grange’s strong funding positions, and positive operating cash flow profile. Its strategic position as the supplier of premium grade ore and commercialization of South Pit mine in 2014/15 offering strong leverage to the upcoming global demand for steel and we initiate coverage with a ‘buy’ recommendation. 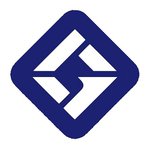