Overview: Cooper Energy Ltd ("Cooper", "the Company") is an Australian oil and gas exploration and production company with oil assets in the Cooper Basin and gas resources in the Gippsland and Otway Basin. Following recent acquisitions from Santos, Cooper has now a 100% interest in the Sole Gas Project and the Orbost Gas Plant and total proved and probably reserves of 11.6MMbo. Cooper has operations in Australia, Indonesia, and Tunisia.

Catalysts: With the final investment decision for the 100% owned Sole Gas project due in the March 2017 quarter, procurement of project finance is the major catalyst. The project is expected to increase Cooper’s production 4-fold to approximately 1 million barrels in FY17 and up to 7-fold on an annualised basis. The recent acquisitions increase Cooper’s exposure to the Australian gas market. Cooper has legacy assets in the Cooper Basis that generate free cash flow and the company has the potential to benefit from tightening east coast energy markets.

Hurdles: The Company is reliant on external funding to advance the project and there is no guarantee that ongoing funding can be secured. Cooper faces integration risks and there is no guarantee that the acquisition of Santos’ gas assets will yield a return on shareholder funds. Weak international energy price indicators may challenge Cooper’s capacity to attract fair value for its stock, despite firming east coast markets.

Investment View: Cooper Energy offers speculative exposure to domestic east coast gas demand. We are attracted to the scale of undeveloped resources, upcoming funding decisions, and balance sheets. Procurement of funding and integration risks are the primary hurdles. Cooper Energy is positioned to address a tightening gas supply landscape in East Australia and the upcoming offtake agreement for the Sola Gas Project could transform the company and present a near-term driver. Estimated to increase production 4-fold during FY17 we initiate coverage with a ‘speculative buy’ recommendation. 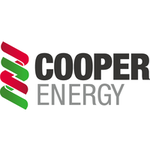